Get More Out of Your Trade Shows 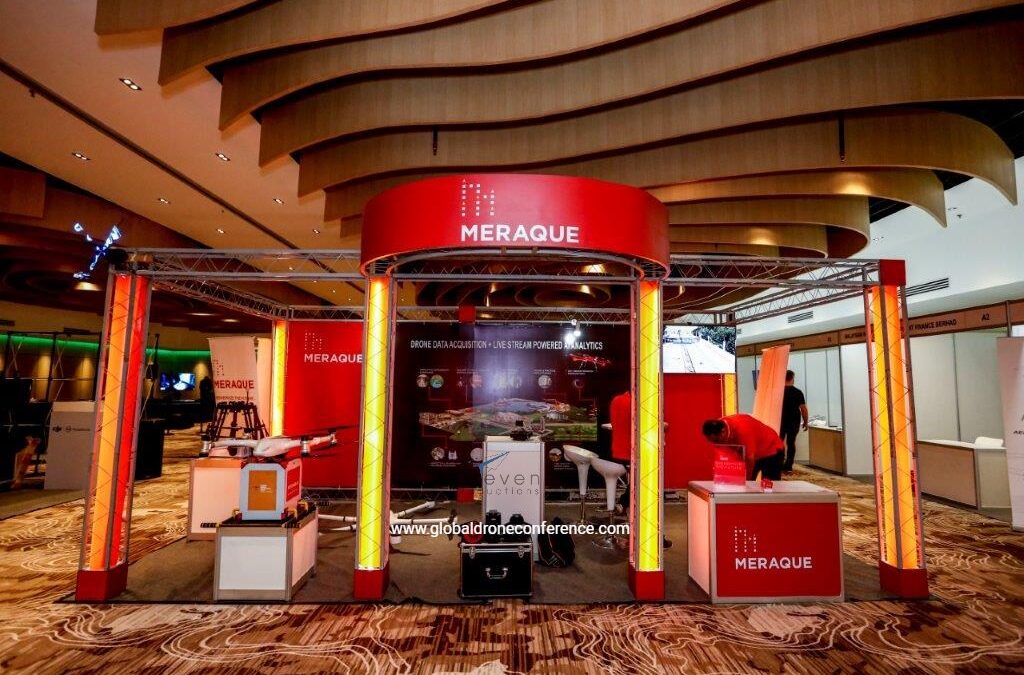 When the international borders were lifted in April 2022, we squealed with joy. We could finally resume producing our third edition of the Global Drone Conference and expand it beyond drones with the birth of the iNNOVATE Tech Show to be held in October at MATRADE Kuala Lumpur from 19-21 October 2022.

Two years of no physical contact with their customers would have resulted in some customers forgetting who they are, if they had no marketing and sales plans in place; and new customers might be apprehensive with procuring from companies they have not met in person before.

To understand the sentiment of companies, we checked out a few trade shows ourselves. Trade shows which have been around for years especially the ones selling to consumers eg home decor, picked up steam almost immediately. Customers were dying to get the latest plushiest sofa after being able to touch, feel and bounce on a few.

When we checked out the B2B ones, the bigger brands continued to exhibit at the bigger shows. The smaller players were harder to convince and for a lot of them they’d still rather wait and see.

In terms of attendees, most of them were targeted attendees so the numbers weren’t big but they were mostly those with intention to purchase.

With this in mind, for our show, we decided to have various packages to suit the different stages that a company is in- eg a startup or an SME or an MNC.

Being part of a trade show helps to instill confidence in your customers. Some customers wonder if companies who don’t join a particular show was having some financial difficulties and couldn’t afford to participate.

Shows also give your junior staff exposure to your big accounts, and gives everyone a chance at selling to new foreign buyers, and gives you a chance to introduce new products to the industry.

So if you’re considering to exhibit at a trade show and you want to make most out of it, this article is for you.

After sales force costs, the trade show is one of the most significant line items in the marketing budget for many companies. While shows usually are associated mainly with industrial companies, often nonindustrial businesses are represented too. For many companies, trade show expenditures are the major—and for more than a few, the only—form of organized marketing communications activity other than efforts by the sales force and distributors.

The trade show is most familiar as an exhibition. Manufacturers, distributors, and other vendors display their products or describe their services to invited persons including current and prospective customers, suppliers, other business associates, and the media.

The public usually is excluded. A typical event runs eight hours a day for three days, plus the optional one or two preview days, and registers 5,000 attendees and more pre-pandemic.

To measure effectiveness, most managers set pre-show objectives; one survey, for example, found that 55% of top managers whose companies participated in trade shows listed specific goals to be attained.3 These covered such aims as introducing or evaluating new products, generating sales leads and new sales contacts, and soliciting orders at the show. Measures of trade show effectiveness in terms of these objectives included the following:

The number of leads generated from a show.

The quantity of actual sales from these leads.

The cost per lead generated.

The feedback about the show subsequently given to the sales force.

The amount of literature distributed at the show.

The emphasis on numbers of contacts, cost per contact, amount of literature distributed, and sales suggests that a majority of managers view shows as an almost straight-line extension of personal selling, done in mass fashion, rather than as a tool to maintain relationships with key customers or to satisfy other needs like competitive intelligence-gathering.

Effective market communications involves objectives other than those that are selling-related. Regular contact between a company and its existing customers, for instance, may be a good way for a company to become aware of service problems before they fester, or to learn about a customer’s future plans before they surprise the vendor in some unpleasant way. Yet most trade shows are evaluated for effectiveness on a cost-per-call basis, and other important potential benefits are not addressed.

A Broader Perspective
Most managers struggle with trade show budget allocation and benefit measurement issues without a clear sense of the answers to four questions:

1. What functions should a trade show program perform in the company’s overall marketing communications operation?

2. To whom should the marketing effort be directed at trade shows?

3. What is the appropriate show mix for the company? How can the company meet its objectives with it?

4. Considering the rest of the marketing mix, what should the trade show investment-audit policy be? How should audits be carried out?

To answer these questions, we must explore how trade shows and expositions can satisfy complex selling and nonselling marketing communications functions.

Selling objectives
The selling goals that can be satisfied at a trade show are distinct. Five important selling functions which may be filled by participation in various shows and exhibitions are the following:

Although every trade show or exposition does not offer the opportunity to fully satisfy all selling objectives, most companies, do not take maximum advantage of the possibilities that exist. A prime example is the opportunity for significant account servicing at major trade shows. Smart managers can learn how already sold products or services are viewed by key accounts and obtain information which would be difficult to get otherwise.

Nonselling objectives
The second marketing communications function served by trade shows as nonselling objectives. These include maintaining the company image with competitors, customers, and the industry generally, plus the press; gathering intelligence on competitors’ products, prices, and other important marketing variables; maintaining and enhancing corporate morale; and the product testing-evaluation function cited by so many managers in the survey previously mentioned.

It is hard to know exactly what top managers mean when they talk about the brand-maintenance effects of trade show participation, although they refer to this function frequently. The term certainly relates to a company’s exhibit and its personnel at important trade shows compared with both previous exhibits and its competitors’ efforts. There are CEOs who say that they need to be at a show to “convince our customers and prospects that we are a large, solid, stable force in the industry. That means this big booth, chrome, and plush carpets. If we didn’t come here, or came and stood on a single linoleum square handing out suckers, people rightly would wonder if we were in trouble.”

Intelligence of all sorts about competitors is freely available at most major trade shows. This means you would want to be in a show that your competitor is in. Shows are one of the cheapest and most reliable ways a company can inform its technical, production, and marketing people about the competition. Even when proprietary components or systems are closely guarded secrets, companies sometimes throw caution to the winds for the benefit of show customers.

An infrequently mentioned, but very important, function of trade shows is to boost the morale of those staff members who are chosen to attend. This morale boost often extends widely, affecting low-level staff (i.e., engineers, shop floor personnel, and sales representatives) and inexperienced managers, as well as the usual array of more senior managers.

While most staff members attending trade shows work harder than they do during a comparable period at their usual work, the impression remains that selection to attend a major show is an important privilege. This feeling is especially strong among engineering and R&D department staff who seldom get as much customer contact as they need, and members of the sales force who enjoy the opportunity to rub shoulders with top management.

Finally, a trade show offers a valuable opportunity to introduce products and services and assess preliminary customer reactions. It is an inexpensive test market with a self-selected, invited audience likely to be critical but appreciative. There are dangers, however, in the use of trade shows for market sampling in this way, especially when demonstration of new products reveals too much to competitors that is of a proprietary nature.

Not every show offers all these nonselling benefits to attending businesses. Still these can be used to build a company’s image (“These guys are at every show there is!” remarks a regular visitor) or test new products out of the limelight of an international exhibition. Other shows may be better for morale building or gathering information on the competition.

Management’s first task in evaluating its projected participation in any trade show, then, is to determine how well each contemplated show allows satisfaction of the company’s selling and nonselling objectives. A good annual exercise for managers is to choose their most critical objectives, and then to map the trade show investments that best satisfy these.