‘Intelligent sleeve’ could help you understand any foreign language 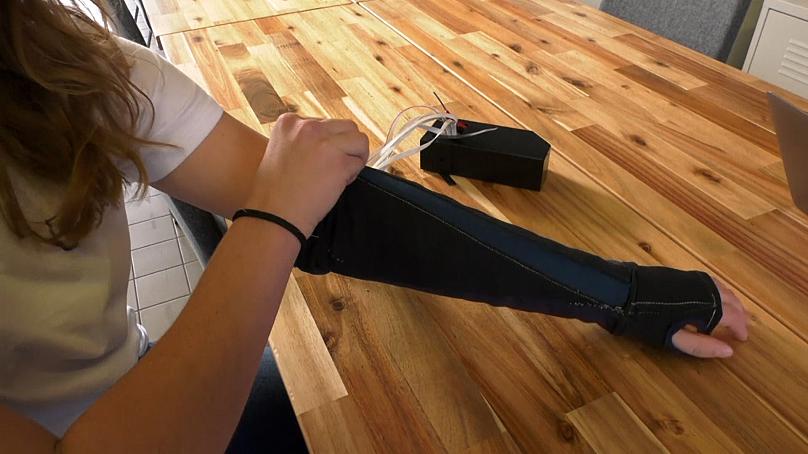 I’ve always hoped that someone would invent a way to automatically translate languages on the go without me having to learn the language. Lazy? Yes!

A team of students at Eindhoven University of Technology in the Netherlands have developed a “vibratory language” based on 39 different English language sounds.

A computer algorithm converts written English text into sound files, which are then turned into vibrations. Each sound has its own vibration.

They’re then expressed as vibrations via speakers in this “intelligent sleeve”. The sequence of vibrations spells out words and sentences.

Currently, users can feel and understand written language, but according to the student team – named HART – it should soon be possible to convert spoken language directly into vibrations too.

For this, artificial intelligence will have to be integrated into the design.

That’s what HART is now working on. The team also wants to build the vibration equipment directly into clothing.

“The sleeve over here actually has 24 little speakers, and if you know speakers, when they produce sound, they’re going to buzz a little bit, and that’s what we have over here,” said industrial engineering student, Lisa Overdevest.

If the team succeeds in converting spoken language into vibrations, it’s thought the device could be useful for people with hearing difficulties.

They could then just converse with someone by feeling, without having the conversation partner in sight, which is the case with lip-reading or sign language.

From February 2022 onwards, the team will be working with students that have hearing disabilities to further develop the sleeve.

For more on this story, watch the video in the media player HERE