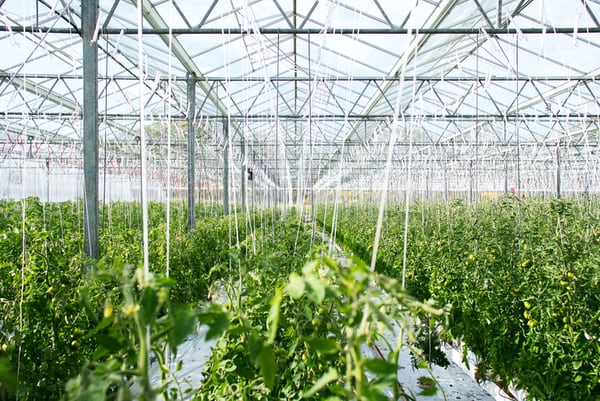 Agriculture is a multibillion dollar industry and one of the largest in the world, accounting for almost 1% of GDP in the UK, 6% in the US and 12% in Australia. It’s also set to be a growing industry, with the demand for food set to increase as the world approaches a population of eight billion.

However, it’s an industry hugely affected by small changes in temperature and moisture levels, which often means that issues are only found when the damage has already been done.

In comes agritech, which is about to get a boost from upcoming 5G-powered ‘precision agriculture’, such as 5G drones and connected farm machinery.

“Other examples include the ploughing, sowing, feeding, health monitoring and harvesting of crops autonomously and without human intervention using 5G connected farm machinery.”

All of this is possible with other mobile networks, but 5G’s high bandwidth, support for a huge number of sensors communicating simultaneously, and low latency, make it perfect for farms.

Here are five ways 5G could transform farming and agriculture.

Also called ‘smart farming’, precision agriculture is all about applying precise treatments to crops, so instead of treating an entire field the same, farmers can give each row exactly what it needs.

It’s all about reducing inputs, from water and food to fertiliser and herbicides. “5G is critical to this, as it supports machine to machine (M2M) services,” says Simon Jordan, Senior Sensor Physicist at Cambridge Consultants.

5G speeds-up everything, allowing machines to be controlled centrally and data to be sent back in real time; without 5G, the system relies only on data being uploaded at the end of the day.

Autonomous drone sprayers are coming; equipped with a weed scanner and crop sprayer, they scan crops using AI to identify weeds – precision agriculture defined – then apply pesticide only where needed. After 30 minutes they return to a field boundary station, refill their tank and top-up their battery.

“There are a number of projects today which use insights generated by Internet of Things (IoT) farming tools to improve efficiencies,” says Valle. “For example, applying deep learning techniques to drone camera footage to help identify concentrated areas of weeds, applying herbicides only where they are needed. Similarly, crops can be gathered earlier or later using analysis of the colour and size of the crops.”

Manual labour will still have a place, says Valle, but by combining smart technologies with the power of 5G, farmers will be able to more efficiently allocate their time to the areas which really matter.

The tech now exists for cameras to tell the difference between crops and weeds. A good example is a Vodafone 5G-powered system from Blue River, which is now owned by agricultural giant John Deere.

It’s ‘See & Spray’ tech uses high-resolution cameras that capture 20 images per second, with AI applied to the images to allow the system to recognises the difference between cultivated plants and weeds. Instead of blanket-spraying, reducing the use of pesticides. Another example is Fafaza, which does something similar by detecting differences in colour and leaf texture to isolate plants.

“It’s designed to work autonomously, without a guaranteed network connection, and all the processing required is installed on the platform,” says Jordan. “However, if a 5G connection were available, it could report the locations of weeds or potential trouble spots to allow later follow up by another machine.”

The ability to locate and monitor valuable livestock – particularly in upland areas and ranches – is critical to farmers. If cows’ health, their food intake and even their fertility, can be communicated back to farmers, they can decide when to intervene.

“5G will enable connectivity and geolocation services, which could reduce the cost and increase the performance of livestock monitoring solutions that currently depend on proprietary radio solutions,” says Jordan. “However, this will depend on 5G coverage being available and early deployments are focused on urban centres.”

Ofcom reports that 91% of the UK landmass has good 4G coverage, so there are reasons to believe that 5G-based solutions could quickly impact farming.

In dry, arid and remote areas, saving even a drop of water is critical. In a trial partnership with Algeria’s mobile network operator Djezzy, Nokia has created what it calls a Worldwide IoT Network Grid (WING) to equip Algerian peach farmers with practical data to help them achieve better yields. Soil probes buried 120cm under an irrigation line collect and send back data about the soil that allow the farmer to track soil moisture, water patterns and salinity.

The readings are analysed so the farmer can accurately manage irrigation cycles and soil nutrition. After one month, Nokia’s trial saw the farmer reduce water consumption by 40% on a single irrigation line for one hectare, and increase his revenues up to 5% per hectare. WING operates on all mobile networks, but such trials will only be improved with 5G.

“Our mission with WING is to shape the future of agriculture and other industries and create a smarter and more connected world,” said Ankur Bhan, founder and head of Nokia WING. “Trials such as this will be vastly improved with 5G, with operators and industries reaping the benefit of WING’s full potential, as IoT devices will share and communicate data faster than ever before.”